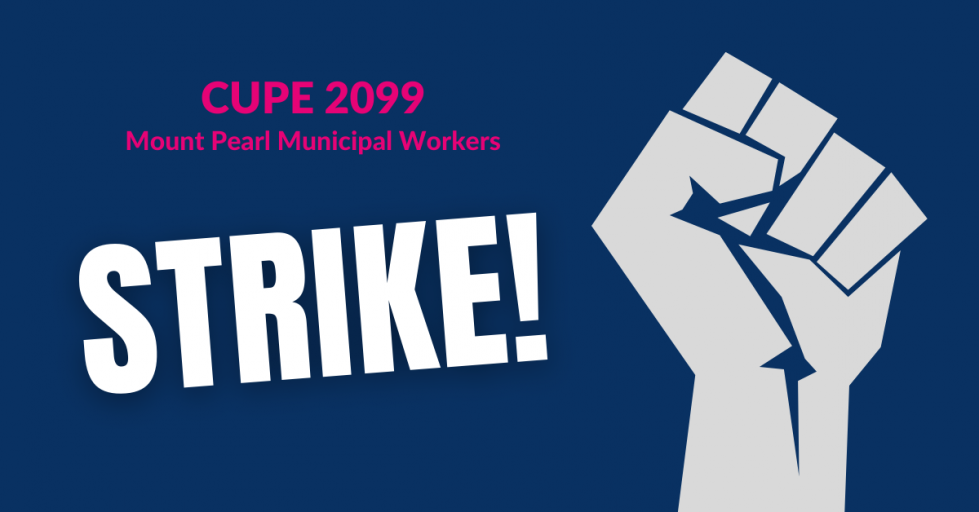 Municipal employees at the City of Mount Pearl went on strike this evening. The members of the Canadian Union of Public Employees (CUPE) Local 2099 have been in collective bargaining with the city since March.

“We don’t want to be on strike, but our employer refuses to bargain a fair collect agreement,” says Ken Turner, CUPE 2099 president. “One of the main issues is they want to set-up a two-tier system with inferior benefits for new hires. We won’t accept a contract that doesn’t provide the same rights and benefits for ‘all’ workers.”