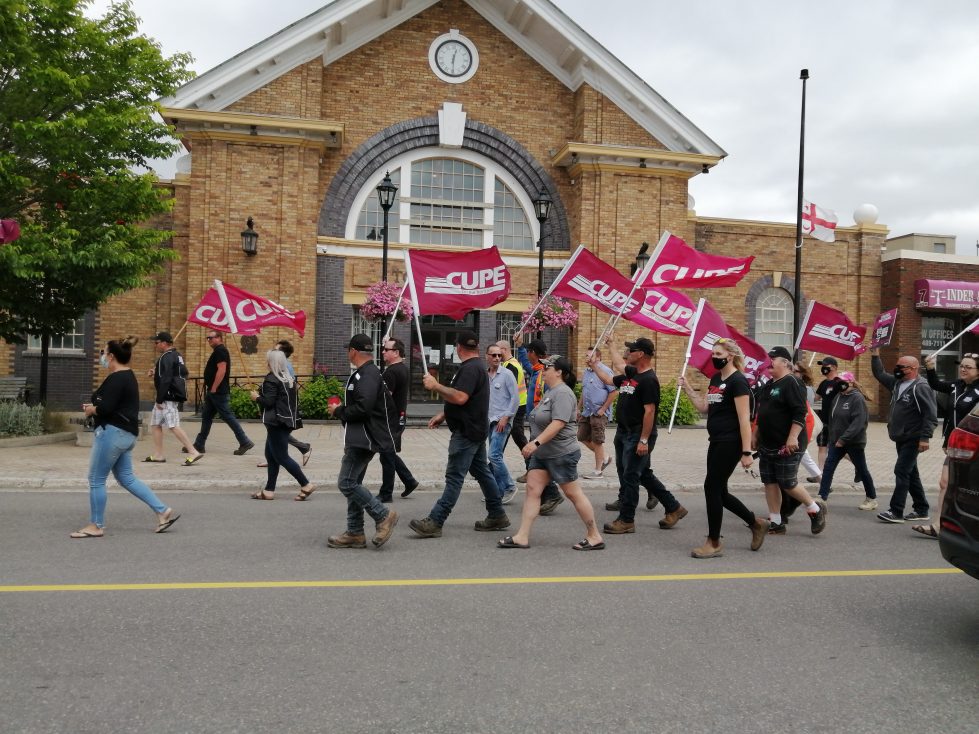 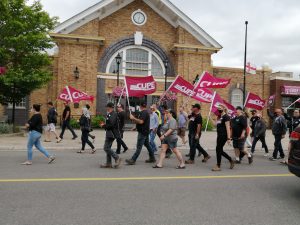 Municipal workers at the Town of Grand Falls-Windsor were shocked and disappointed to find out on Facebook last night that the employer has imposed a lock out.

CUPE National Representative Nicole Dunphy says the 90+ members of CUPE Local 1349 were hoping the employer would be calling them back to the table. “Instead, we saw managers and supervisors loading Town vehicles and equipment into trucks and trailers last night,” she says. “They did not even have the courtesy to inform the union before making the announcement on Facebook. That shows a complete lack of respect for the employees and for the town.” Union members unanimously rejected the Town’s final offer last week and had asked to return to negotiations.

CUPE 1349 President Tammie Greening says while info pickets will go up, the union will do its best not to disrupt community activities.  “We will try not to affect weekly children’s programs,” she says.  “We have a good rapport with our community groups, and we hope they won’t be asked to take on any of our work.  However, if the Town or anyone else performs work that belongs to our bargaining unit you can expect to see picket lines at that site.”

Greening says the members respect the relationships they have with most of the supervisors, but Council’s actions have put a strain on those relationships. “Supervisors are caught in the middle,” she says. “We hope that when we return to work after this forced stoppage, we will be able to resume our good relationships.”

Greening says she is also concerned the employer might try to use student workers as pawns. “We have worked side-by-side with students for years as they perform some of our bargaining unit work,” she says. “The Town should not involve them in this dispute, but rather offer their labour to volunteer groups in the community.

“We are very sorry and apologize to residents and businesses that this couldn’t be resolved at the bargaining table. But we have not given up hope that the employer will sit down with us and resume negotiations.” Greening says. “The ball is in their court.”