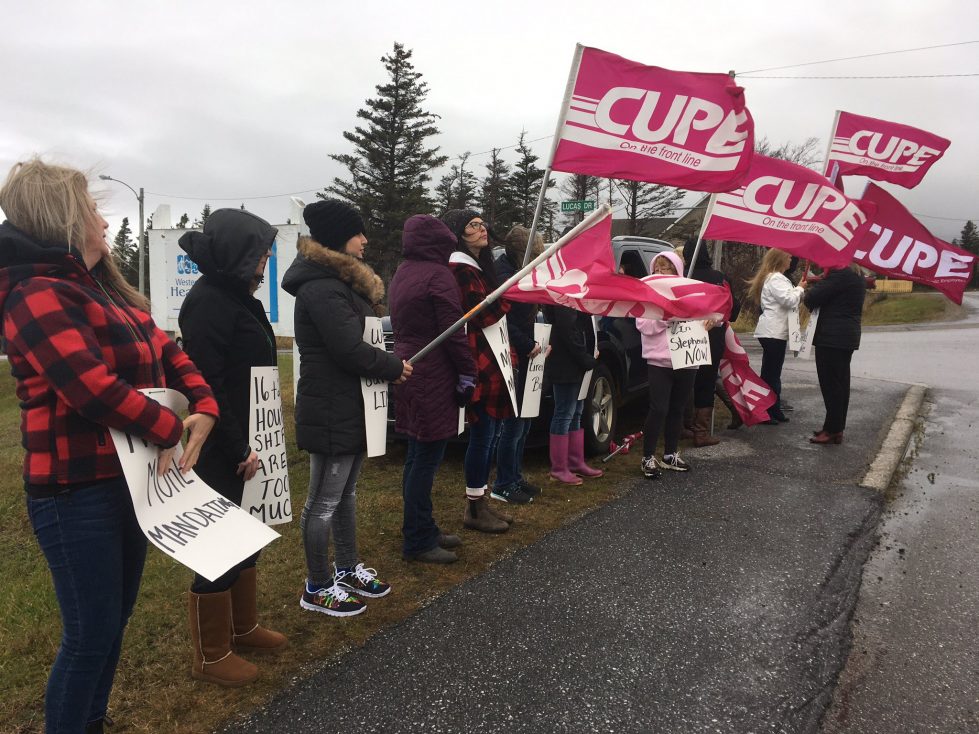 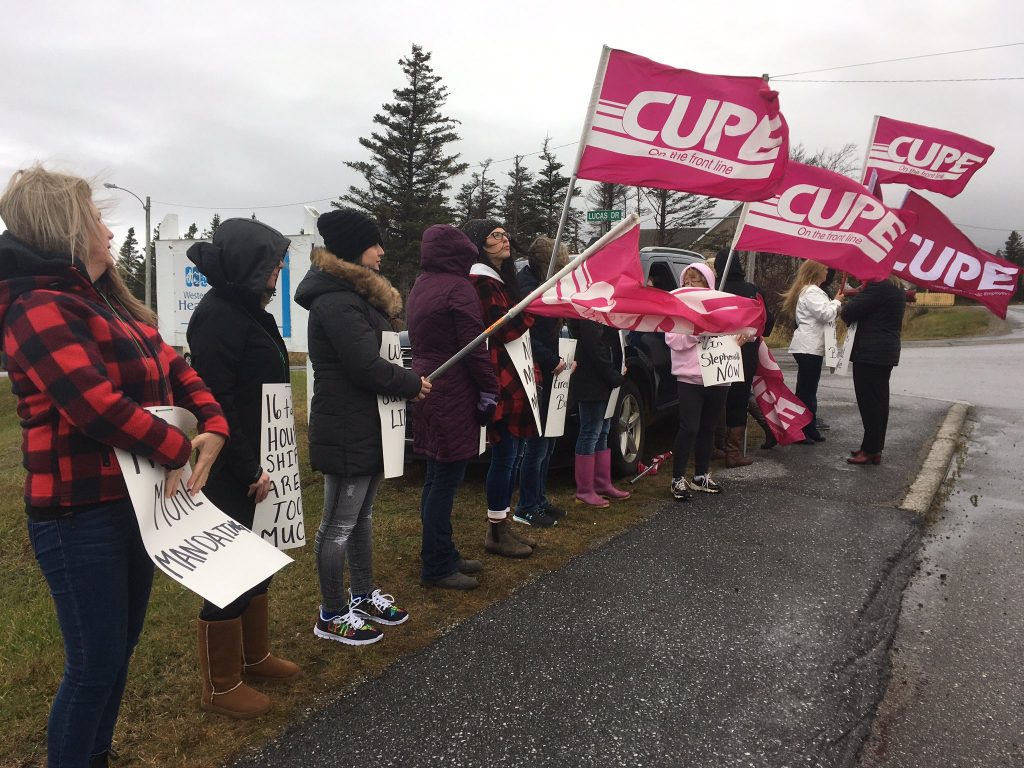 Licensed Practical Nurses and Personal Care Attendants in Newfoundland and Labrador got some good news last week when Government announced it will be expanding training programs at College of the North Atlantic campuses this September.

CUPE has been calling for an improved recruitment strategy to alleviate the extreme workloads that LPNs and PCAs have been carrying at the Bay St. George Long Term Care Centre in Stephenville Crossing for the past few years due to insufficient staffing.

Things got really bad last year according to CUPE 4935 President Theresa Gillam. “Some days there were up to six people per shift being mandated to work overtime,” she says. “Working an additional four to eight hours on the end of a 12-hour shift is exhausting. We are tired and injuries are happening more often.”

Last October the LPNs and PCAs decided they had had enough and took their message to the streets. They were joined by CUPE members in all sectors as well as community members and even the mayor of Stephenville Crossing showed up. The demonstration got a lot of media attention, and put pressure on the Government to do something.

“We had asked time and again for the government to offer the LPN course in Stephenville but no one was listening,” Gillam says. The closest LPN course is in Corner Brook, an hour away. “So we are very relieved to hear that the Government is finally going to step up and alleviate this pressure cooker that is harming not only staff, but residents also.”

Since the demonstration the nursing home has been able to hire two new LPNs and eight PCAs who graduated in December. Gillam says this has relieved the pressure somewhat but that LPNs are still being mandated.

She says while she is pleased with the addition of new seats it will be almost two years before the first LPNs graduate from the Stephenville program. “But I can see the light at the end of the tunnel,” she says.

President of CUPE NL, Sherry Hillier, says she is proud of the Local for having the courage to speak out about the impact that staffing shortages are having on health care workers across the province.  “These members deserve a lot of credit for convincing Government to take this major step forward,” she says. “This is what happens when we put boots on the ground!”

In total the new offerings will include 116 new practical nursing seats, including seats at Bay St. George campus in Stephenville, and 96 new personal care attendant seats at campuses across the province.