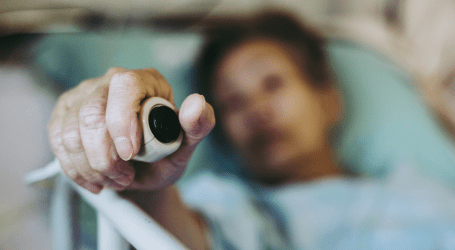 Stephenville Crossing, NL – Workers at the Bay St. George Long Term Care Centre in Stephenville Crossing will hold a demonstration on Thursday to voice their concerns about extreme mandatory overtime and the provincial government’s failure to address staffing shortages.

Both the union and employer have asked the province to increase training opportunities through the College of North Atlantic. However, the Stephenville facility was not included when the program for licensed practical nurses (LPN) began this fall.

“We have been making our case to representatives of government for more training programs for a long period of time,” says Donna Ryan, CUPE national representative. “The situation has become critical and our members need the government to step up.”

As a result of staffing shortages, extreme mandatory overtime is being forced on staff. Staff have been unable to get time off and many are suffering stress and exhaustion from this situation that has been going on for almost two years.

“We are experiencing a shortage of LPN and PCA staff and this has seriously impacted both staff and residents,” says CUPE 4935 President Theresa Gillam. “We’re hearing that on every shift, someone is being mandated to work 16 and 20 hour shifts. On several occasions as many as six staff members were mandated to work overtime. Enough is enough.”

“Immediate action is needed by the health authority and provincial government to increase staffing levels to provide the care needed by our residents,” says CUPE NL President Sherry Hillier. “The risk to both staff and residents is unacceptable.” 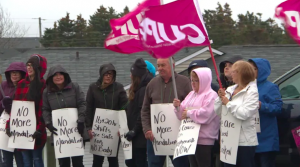