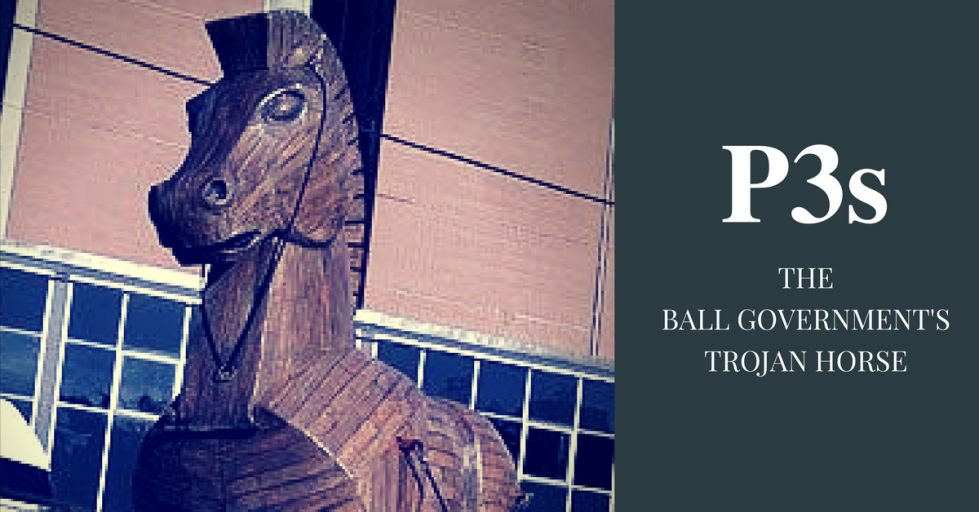 A cautionary tale for taxpayers in Newfoundland and Labrador

Imagine a giant wooden horse just rolled into Corner Brook and everyone is impressed with the incredible gift sent to the community from the Ball Government. People come from miles and miles to admire the beautiful gift, to be used to build much needed health care facilities. After all, they’ve heard about this gift for years and when it finally arrives everyone is both relieved and grateful.

This is essentially what happened in Nova Scotia when the Liberal government embarked upon public-private partnerships (P3s) twenty years ago to build and maintain 39 schools across the province.

Recently, the NS Liberal government realized their mistake to privately construct and lease the schools. They should have owned the schools outright from the start. Over the past year, they’ve bought back the leases for 37 of the schools and handed two of the schools back to the developers.

The back door of Nova Scotia’s Trojan Horse dropped open and to the dismay of everyone, out walked the developers, consultants, and consortiums. Each one carry bags full of money – the profit motive behind their P3 deals.

What was in those mystery bags in Nova Scotia’s Trojan Horse?

Plus, the cost of handing two of the schools back to the developers – with nothing for taxpayers to show for it.

Plus, the money given to private companies to maintain the schools over the course of twenty years.

Time and time again provincial governments are forced to admit they were wrong to use P3 deals to construct facilities to deliver our public services, costing taxpayers billions of dollars. Yet here we are as the Ball Government embarks on a P3 deal to construct and maintain two health care facilities in Corner Brook. At the great expense of taxpayers – now and for years to come.

To date, we have wisely avoided using P3s in Newfoundland and Labrador. Let’s use a publicly funded finance model to build and maintain our health care facilities.

Let’s send the Ball Government’s Trojan Horse back where it came from.