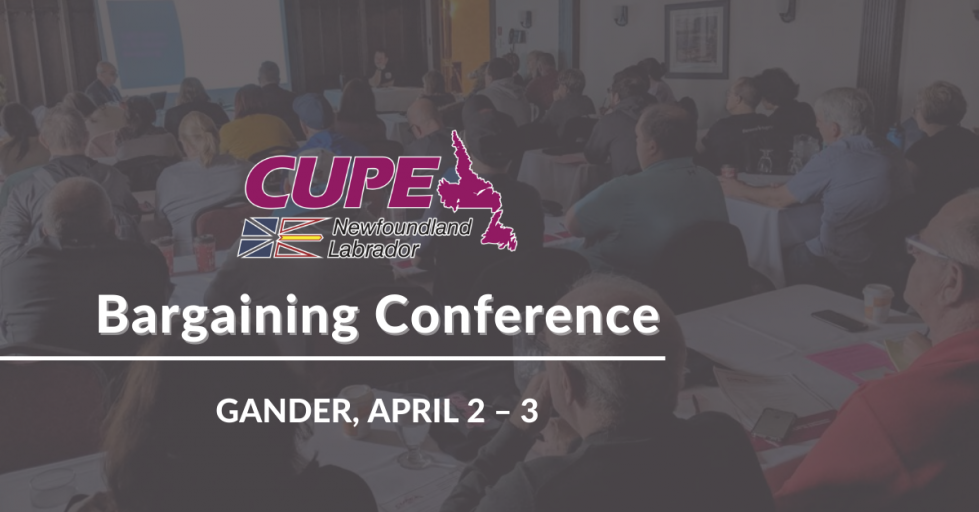 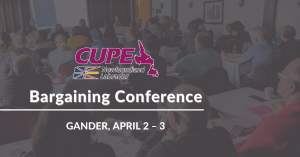 CUPE NL’s bargaining team will discuss contract proposals, member mobilization, and the union’s “no concession policy” at a two-day strategic planning conference taking place in Gander on April 2 and 3, 2022. The union is preparing for the upcoming round of bargaining with the provincial government. Public sector contracts expired March 31, 2022.

CUPE NL President Sherry Hillier says, “After many years of disappointment by the Liberal government, and the threat of massive cuts to both public services and public sector jobs from Premier Andrew Furey’s so-called “reset” plan, CUPE members have had enough and are ready to take action.”

“For many years, our members have suffered real wage losses from provincially-mandated wage freezes, cuts or minimal increases,” states Hillier. “They are ready to fight back and reject the reset.”