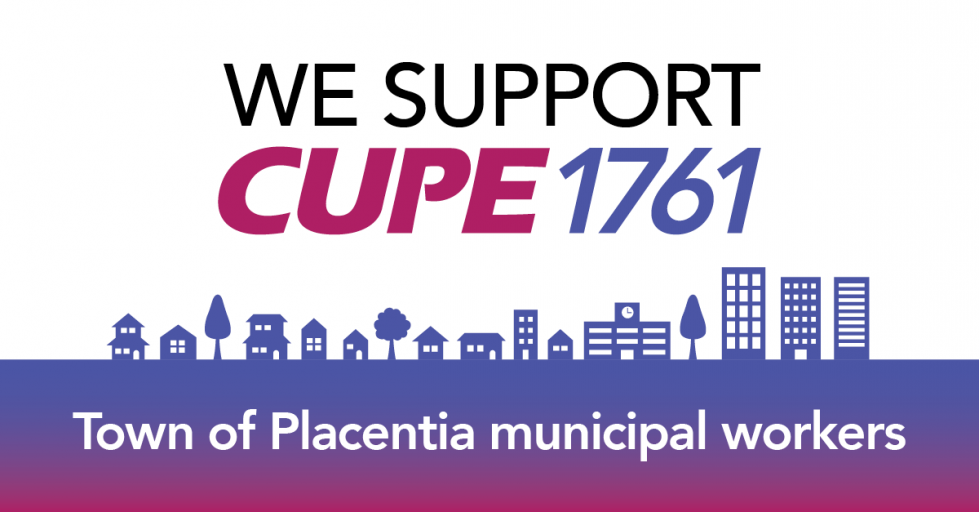 Members of CUPE Local 1761, representing municipal workers at the Town of Placentia, are ready for a fair deal that saves the Town money and gets them back on the job, providing valued public services to their community.

On Tuesday, August 13, CUPE attempted to end the ongoing job action by offering changes to scheduling language that would have saved the Town tens of thousands of dollars over the term of a new agreement. In turn, CUPE proposed a highly reasonable wage increase averaging 40 cents per hour, representing a 1.5 per cent increase, which would still put members below the forecasted cost of living in Newfoundland and Labrador – an offer the workers were willing to make to end the job dispute.

The dedicated and hardworking members of Local 1761 were disappointed, barely two hours later, when the Town posted a bulletin on Facebook claiming the Town could not
afford a 2 per cent increase – something CUPE is no longer asking for. The Town has also claimed that Placentia employees make more than municipal workers in other towns across Newfoundland, but consistently refuses to provide details on how they come to that conclusion.

“It’s frustrating to see the mayor peddling misinformation about our bargaining proposals and ignoring the compromises that our members have made in order to reach a deal,”
said Gerry Quilty, President of CUPE Local 1761. “The reality is, any further wage reductions are going to leave our members worse off tomorrow than they are today, which is unfair to the workers, and means less money being spent here in the local economy.”

Quilty said if the mayor won’t accept CUPE’s reasonable offer, then he should at least table a counter offer, rather than mislead the public and frustrate negotiations by spreading false information.

“It’s time for the mayor to shelf the sky-is-falling rhetoric and do what other mayors around our beautiful province have done, which is make a deal that respects the work and the value that town employees provide for their communities,” said Quilty. “We’re ready to meet tomorrow to get a deal done.”