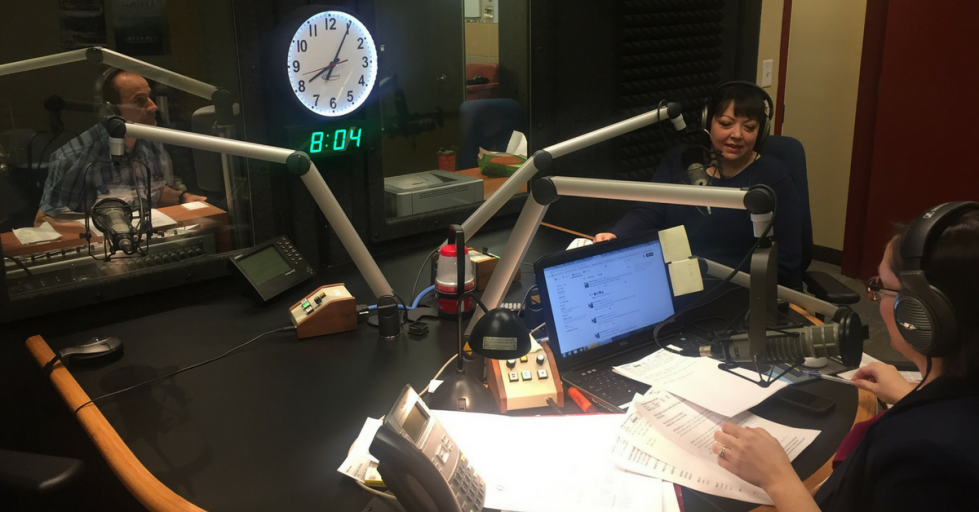 On May 1, 2017, Natalie Mehra joined Bernice Hillier on The Good Morning Corner Brook Show (CBC Radio) to talk about the public-private partnership the Ball Government will use to build two new health care facilities in Corner Brook.

Listen to the interview

Bernice Hillier: Earlier this year, government announced it would build a new hospital and long-term care in Corner Brook by partnering with private enterprise.

Tonight [May 1], CUPE is holding a town hall meeting in Corner Brook to talk about public-private partnerships and my next guest will be presenting at that meeting. You can come out and hear her speak this evening.

Natalie Mehra is with the Ontario Health Coalition, which is a health care advocacy group. She’s my guest in studio this morning. Good morning Natalie Mara.

Natalie Mehra: Good morning and thanks for having me.

Bernice Hillier: Thanks for coming in. First off, tell me about your experience with P3s in Ontario.

Natalie Mehra: Well they brought them in in 2001 and since then the new hospitals, that are full new builds, have been built that way and they have been unbelievably expensive.

They really have been a disaster in terms of funding. And they’re so expensive now that, basically, what they’re doing is closing two or three or more hospitals for every one that they build.

Natalie Mehra: Both, because they’re a type of privatization. They called them public-private partnerships, but it was a name brought in by the industry itself to sell them to the public.

Really what they are is a type of privatization, and in them, the private sector forms a consortium, a group of companies, and they design, build, finance and then operate the hospital.

They sell it back to the public hospital board for 30 years, and bundle in a range of services. It can be from the portering (the moving of patients around the hospital), to the food, to the patient records and security. All those types of services are usually bundles into the deals.

They have totally different interests. The public hospitals run for altruism, for compassion. The private sector is in it to take as much money out as they possibly can and it leaves all kinds of problems.

Bernice Hillier: Now, the government in this province has consistently said that this hospital and this long-term care centre, that’s being discussed for Corner Brook using a P3 model, will be publicly run with employees who are still members of the public sector unions.

Would that make you think differently about the approach here, compared to what you’ve see in Ontario? Because it sounds like a little bit of a different model.

Natalie Mehra: Well, in Ontario we rolled back the amount of privatization. So, as I understand it, they [the Province of Newfoundland and Labrador] have put out the Request for Qualifications for the long-term facility in Corner Brook.

That’s a “Design, Build, Finance, Maintain”. So part of the operations are privatized in that model. The range of services to be privatized is not clear at this point and will be negotiated with the consortium.

The hospital hasn’t written the tenders yet. It’s not out yet and it remains to be seen the extent of the privatization, but it doesn’t matter. The financing is so expensive that basically… in Britain what they found… they cut the doctors by 11%, they cut the nurses by 14%, the support staff by 22 – 30%, in order to pay for the higher cost of financing.

Even after that, there’s what they call the “P3 effect”. The spin-off effect. They’re so expensive to operate that when the hospital, or the long-term care home, has to make cuts, the only part of the budget that isn’t tied up for 30 years are the doctors, the nurses and the clinical staff. That’s where the cuts have to come from. If it’s [where cuts are permitted] not written in the contract, they don’t have to do it, or it needs to be renegotiated.

The shell (building maintenance) is run by the private sector, so in the P3 schools you couldn’t tack anything up on the wall. You couldn’t rent out the school in the evenings to community groups if it was being used by the by the consortium. It fundamentally changes what was a public service because half of it is run (really owned and operated or in the control of) by a private for-profit consortium for an entire generation.

Bernice Hillier: Government has said that the private sector can build these buildings more cheaply, that it will be more cost-effective. So you’re saying that’s not been your experience in Ontario?

Natalie Mehra: Because the financing is more expensive. Government has the ability to borrow – it’s kind of like purchasing in bulk – they can borrow at a better rate.

There’s all kinds of other options. Government could issue bonds, Medicare bonds, to build our new hospitals… give a reasonable rate of return, but nothing like the usurious rate of return that the private companies are charging. And we would own and control them for the duration of their economic lives.

But in this case, the private sector is given the control, a large portion of the control. If you have problems, you have to negotiate it out. There’s all kinds of legalities around that and, for a hospital, every time you need to enforce the contract you’re making a decision… Do we take money away from the doctors and nurses and patient care to put it towards the lawyers and fighting with the consortium in court? Or do we just put up with them not fulfilling the contract?

One: exorbitant building costs [go] far beyond the costs of any public project. Two: the ongoing operating costs. In Ontario, the biggest cuts that we see in hospitals are in the P3 hospitals. They’ve been devastated. Some of them have been around now for the better part of a decade and every year they have massive cuts. In Sault Saint Marie, in North Bay… in those hospitals…

If there’s anything that I could do, as a health care advocate from Ontario coming to Newfoundland, it would be [to recommend], “Don’t go down this road. Everyone who’s been down this road has built a shrinking hospital system for the next generation, for exorbitant cost.”

Bernice Hillier: Are there any positives? Surely the government isn’t completely misguided.

Natalie Mehra: No, there really are no positives in these deals. They bundle a range of services that have no business being bundled in for 30 years. They tie up the hospital budget and give less ability for the public hospital management, operating in the public interest, to control what happens in the hospital. They privatize the lands and the facilities of the hospitals, and they cost more.

There’s just no upside. And they don’t deliver them on time or on budget. That’s utter nonsense. It has never been the experience. Not in Britain. Not in British Columbia.

Bernice Hillier: People here want a new health care facility desperately. It’s been a decade since it was first promised. The government says this is the only way to afford it.

Bernice Hillier: In your opinion, is that a fair trade for a new hospital?

Natalie Mehra: Not at all. It’s cheaper to build it publicly. So if the issue is you can’t afford to build it, and therefore I have to wait, surely it’s better to do it the cheaper way than the more expensive way.

It’s the way of getting them [private companies] in. It’s governments that are ideologically predisposed to privatization, who have been meeting with the financial industry, who are unduly influenced by the consultants and the financiers and the construction industry, that are the prime beneficiary of these projects. Usually the consulting industry is really the one that brings them in. There’s massive transaction costs in these deals. They are gargantuan deals.

When we won disclosure… they’re all commercial secrets… even though it’s public money, it’s very hard to get access to them. We fought in court for four years and we won disclosure of the Brampton P3 deal in Ontario, a big hospital deal. The paperwork for the deal is taller than me. It was a six-foot deal. They cover the operations of the hospital for 30 years.

They are a gift, a huge gift, to the consulting firms of the world. They’re the ones who are lobbying government to bring them in.

There’s no need to do it. None whatsoever. You’re going to pay for your hospital one way or another. So might as well build them publicly. Own and control them yourselves, for the public interest and not for private interests.

Natalie Mehra is the executive director of the Ontario Health Coalition. 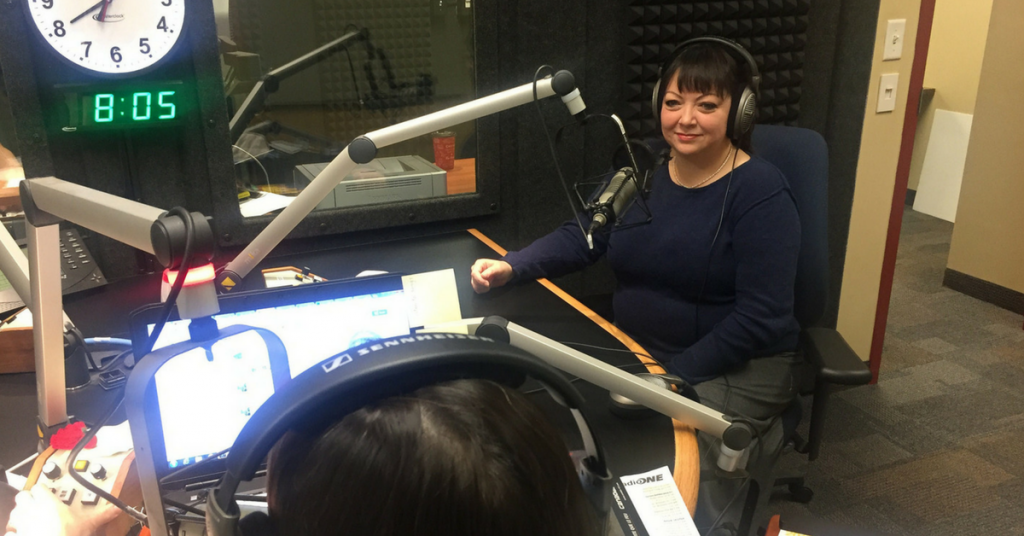