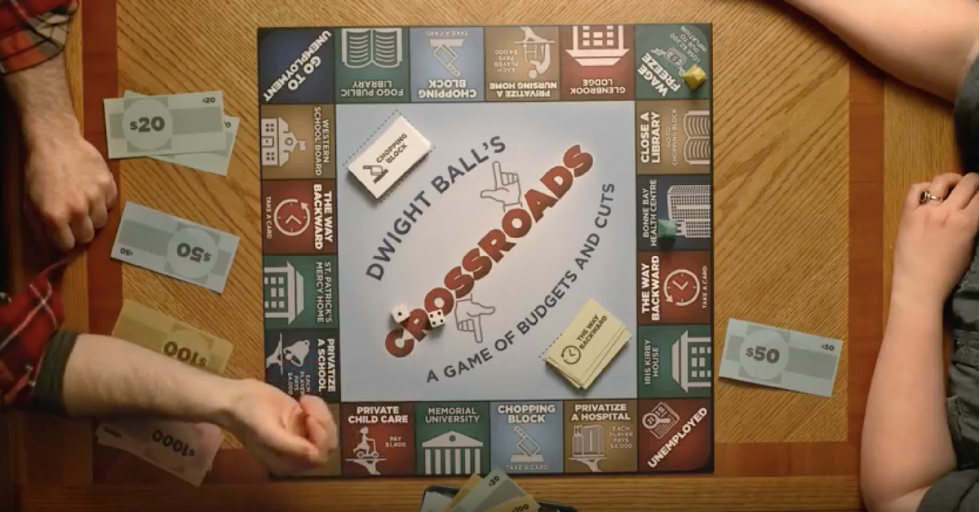 A new ad campaign by public service workers in Newfoundland and Labrador will be shown on TV screens across the province beginning today. CUPE’s public services workers launched the ad to voice their concerns about the Ball Government’s strategy for job growth (or lack thereof) and threats the Province is making to freeze wages and slash benefits.

Watch the television ad during NTV Evening News, NTV First Edition, as well as CBC News at 6 and 6:30 p.m. You can also watch it on our website at nl.cupe.ca/crossroads.

In the provincial budget released on April 6, the Minister of Finance announced that, “Our government will propose legislative changes to implement a wage freeze for management and all non-union employees for the current fiscal year. This includes core government and agencies, boards and commissions.”

The threat of job layoffs and a wage freeze for public service workers, both unionized and non-unionized, is causing undue stress on families and communities.

With inflation currently at 4.1% and the average income in the province of approximately $53,000, a wage freeze could cost workers almost $2,200 per year. Collective agreements with the province typically cover a four-year period.

These attacks come at a time when the provincial unemployment rate is expected to increase from 13% to 17% over the next three years, according to the Conference Board of Canada.

Families in Newfoundland and Labrador are already struggling to make ends meet. Layoffs, wage freezes, cuts to public services, and attacks on unions are only making things worse. During a time of economic downturn, lower and middle income families need public services more than ever.

“All economic indicators are still pointing to challenging times for Newfoundlanders and Labradorians in terms of job certainty, the unemployment crisis, being able to pay the bills, quality of life, and the security needed to build a future here,” says CUPE NL President Wayne Lucas.

CUPE believes the Ball Government should recognize the public sector as a driver of economic growth. There are steps the Province can take in the collective bargaining process, and in future budgets, that put people first, protect the public services we need, create good jobs and a stronger economy.

Tell the Ball Government to protect the good jobs and wages we need to stabilize our economy.

Life is not a game for people in Newfoundland and Labrador.