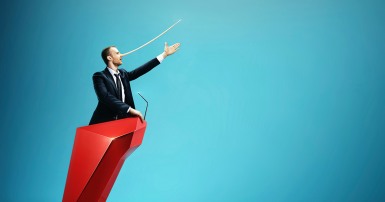 “It’s an alternative fact that the Ball Government is interested in listening to the public about what they want in their provincial budget,” says Wayne Lucas, president of CUPE Newfoundland Labrador.

“There seems to be a trend in politics these days to promote your own hidden agenda using alternative facts,” says Lucas. “It’s an alternative fact that the consultations held for the Provincial Library Review, conducted by EY, allowed the public to have a say in the future of our libraries.”

There are a few indicators that these consultations are a sham. With approximately one-third of the province’s population living on the Avalon Peninsula, there will only be two two-hour sessions, one in St. John’s on February 2 and the other in Harbour Grace on February 9.

Second, the consultation process was announced one week in advance and only publicized through a news release, buried on the government’s website.

Also, four “leading” questions will be asked, presumably framed in a way that participants will not have the opportunity to speak about the issues that really matter to them.

“If Minister Bennett really wanted to ‘work smarter and deliver services more efficiently’ she would make time to hear from the people who depend on those services and the workers who deliver them,” says Lucas.

“It’s a sham consultation process that only select interest groups will be involved in and, maybe, a few hundred people. We want a budget consultation that allows many more Newfoundlanders and Labradorians to determine what’s in the provincial budget,” states Lucas.